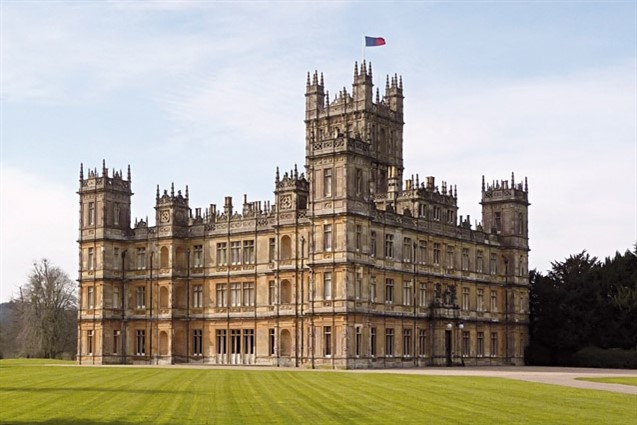 Visit Highclere Castle, the home of Downton Abbey where many of the rooms were used for filming the TV series

Highclere Castle is the home of the Earl and Countess of Carnarvon and also features as Downton Abbey, the hugely successful drama series  From the pen of Oscar-winning ('Gosford Park') screenwriter, Julian Fellowes, now Lord Fellowes, it has an all star cast led by Dame Maggie Smith, Hugh Bonneville, Michelle Dockery, Dan Stevens, Jim Carter, Elizabeth McGovern, Penelope Wilton and many other leading actors and actresses.

Longstanding friend of the Carnarvon family, Julian Fellowes had Highclere Castle in mind as he wrote Downton Abbey. He often commented he wanted a house which spectacularly testified to the confidence and soaring optimism of the Edwardian period. From that point in time, he could then develop the characters through the First World War and into the changes of the 1920’s.

Whilst the series is like any novel, a fiction, it draws upon ideas from history. The real Earl and Countess (of Carnarvon) lived at Highclere throughout that period, exploring how to keep it going, giving great parties, and dealing  with the “downstairs” staff, with loyal and often colourful characters.

Please note whilst many of the rooms inside the Castle were used for filming, the kitchens and servants area were not filmed here.