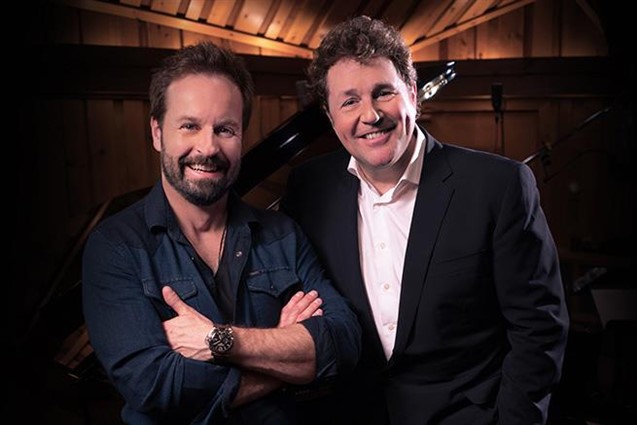 Actor and singer Michael Ball and tenor Alfie Boe met, somewhat appropriately, in a production of Kismet at the London Coliseum in 2007. The duo’s instant camaraderie and professional mutual admiration proved to be the start of a long-standing and incredibly successful partnership.

With decorated careers in theatre and opera, Ball & Boe suddenly added chart superstars to their bow. Their first album, Together, went to No.1 in the UK album charts in 2016, eventually going double platinum.

Their follow-up came just a year later, with Together Again also going to No.1 in the UK. Their third collaboration, Back Together, followed in 2019, this time peaking at No.2 in the UK album charts. In between albums, Ball & Boe embarked on sold-out arena tours and presented two televised ITV specials.

In October 2020, the duo announced they would be reuniting for a Ball & Boe Christmas album, Together At Christmas, due for release in November 2020. The album featured a host of traditional festive favourites and a guest appearance from Gregory Porter. A 2021 Ball & Boe UK tour was also announced, which would see their impressive voices tour arenas around the country in time for Christmas 2021.